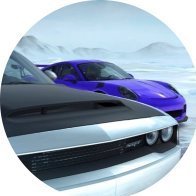 Reminds me of the news fail... https://youtu.be/iXuc7SAyk2s

Tiebreaker should be snowfall in DCA in July