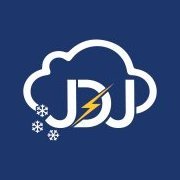 Was that taken on an original Blackberry?

If you look closely you can see the second shooter on the grassy knoll.

Believe it or not, I wasnt referring specifically to your house.