If you have an extra 6 min in your day check out the oldest Miss J's new video. She was accepted to Seattle University, and before making her decision on what school to attend her and Mr. J took a tri

It may not have been February 14, 2015   but it was really cool to get a high end snow squall today. 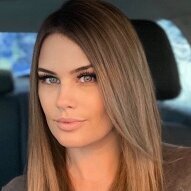 The dog went outside earlier and peed on the last little pile of snow I had left. I hope it wasn’t prophetic