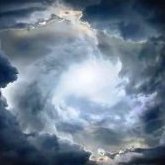 Made it to Italy. The Alps never cease to amaze me. Got some snow last night