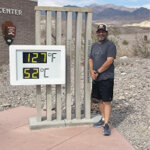 If you look close enough...

I told a stormchaser on facebook that if a cat 3 landfalls in NE, I'll chase with him wearing a dress and high heels. I stand by that.