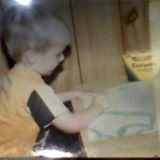 By AfewUniversesBelowNormal,
February 15, 2019 in Tropical Headquarters

Hey, folks! Haven't been here in a while. Just wanted y'all to know my show is premiering at 9 pm EDT (8 pm CDT) Sunday 15 September on Science Channel. It starts with a bang-- a double episode that

The one very deep wave over interior Africa already has a decent surface low in conjunction to an abundant moisture envelope. The CCKW should still be in place when it emerges into the Atlantic MDR fo

This one's going straight for Alabama.