By Damage In Tolland,
July 24 in New England 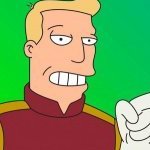 Get married then. j/k

I envy the ability to decide what kind of weather I want and to then experience it regardless of what's actually happening outside.

Looks like the weenie touches the bun right over your area.