By Hoosier,
February 25 in Lakes/Ohio Valley

Felt like spring watching dry air entrained towers in Mason City too. We love that feeling 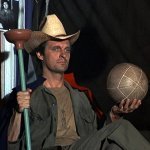 Models are targeting the March 6-7 period for a surge of warmth into the western sub... perhaps the first 50s or even 60s here.

It has been re-scheduled for March 22nd. .