OBS-NOWCAST for the Probable period of Hazardous wintry weather for a portion of the NYC sub forum centered on Wednesday Dec 8, 2021

The 18z GFS scenario isn’t very likely. The individual EPS members suggest only a very low probability of such an outcome. If the AO+, NAO+, PNA- forecast is accurate, the largest storm during the Dec

As a lifelong Mets fan, I fully expect Max Scherzer’s arm to fly off around Memorial Day. . 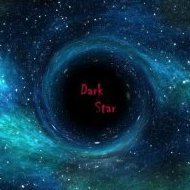 Computer model guidance is merely a tool.  It's up to the meteorologist to make a forecast based on all the data and experience.  As Jeff Beradelli has said many times, the devil is in the details.  S