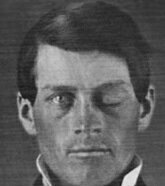 Went on an helicopter tour today. So cool! Whitefield down to Cannon/Lafayette, through Franconia Notch and over Loon, then over to Bretton Woods, Mt Washington /Jefferson and back over to Whitefield.