Well I am happy that the rain hasn’t been catastrophic.  More will come but looks manageable. 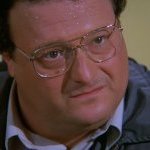