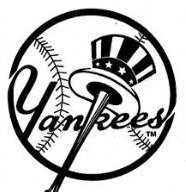 I’m still up on Lake Ontario until tomorrow and the wind is roaring. I’ve never spent time right on the lake during winter. It’s a whole different world and right up my alley. Some heavy squalls poppi

That was incredibly heavy snow, wow!  Honestly way heavier rates than anything I saw in Buffalo the other day. I was getting lost and disoriented on roads I’ve been on 100 times. 10 foot visibility at

I was just about to say Redfield, part of the Tug..looks fantastic. West Leyden also looking real good right now..