One of my favorite parts of summer. This was last night on the bald looking WSW. 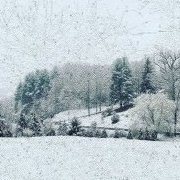 Thank you. Family is more important than money so it's an easy decision to make.

It about achieved that today. Hot and humid! Reached 76.7 and it felt like a steam bath. I can't remember the last time it was in the upper 70's in the middle of May. We're moving to Salter Path