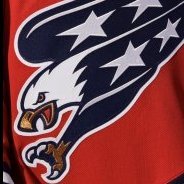 34 and ready for my fully stocked winter wx buffet Just to clear the air and not derail this thread... I took a break for 2 reasons. 1) was burned out and not enjoying myself at all around here a

Just had a flash of lightning followed by a loud crash of thunder.   eta:  more flashes and loud thunder ongoing

Here's a tool I made that compares the HRRR radar to the observed radar. It can be useful for determining how the most recent run is doing with precip placement.   As you can see, the 0