Two systems to talk about next week, Tuesday and Friday. Figure 1/2 might pan out. Doubt both hit or both miss (except CHA). Tuesday is the Battle Royale. ECMWF and ICON insist snow all over. Eur 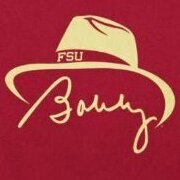 They are out and you don't need the groundhog....weeks 2-6 are all very cold...I am going to need a trip to Aruba by mid February.

Right now we have the EPS/GEFS/Weeklies showing winter in the heart of winter. We rarely ever manage to pull that look off. A few years ago we had a very snowy/cold stretch but even that one happened