We can debate how far into PA the warm air aloft punches but I simply do not buy the NAM’s expansive freezing rain.    This isn’t really a setup for a deep swath of ice IMO, the high moves east as thi

Some updated thoughts on the pattern. The quoted above was the large post I made back on Jan 28th for reference and review. First off that was at the time, in the 5-7 day range of what was for most in 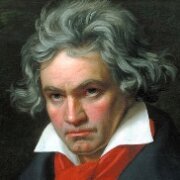 Seems as tho the thread was accidentally deleted by the author...ahem @Bubbler86    Anyway, I restored it and merged