Agree with watching the Thursday system.  Also, the Euro Weeklies and the EPS look to hold the current pattern in place.  TIFWIW, we know the Weeklies have been flipping around a lot.  Last winter we 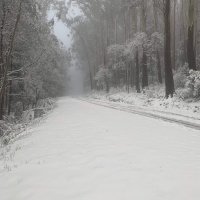 G’day everyone. I would just like to present my preliminary seasonal outlook for the Northern Hemisphere, which includes driver discussion and analysis for patterns that run downstream to the

EPS just went colder hour 360. Normally that's banter, but check out the buffet line of teleconnections Carvers mentions just above. Issue has been a raging +WPO (warm) vs everything else cold. If a t