By It's Always Sunny,
January 9 in Central/Western States 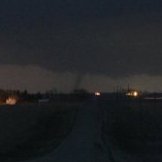 The criteria for a Winter Storm Warning is different based on where you live. This has always been the case. Those areas down there rarely see snow or accumulating snow. Like may once in 50 or 100 yea

I don't know how it helps, but per Direct Energy's precautions, I told my pipes they are stupid.