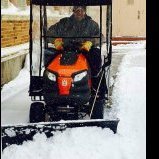 Syosset, NY, February 4, 1961 Some of you long timers may have seen the first photo years ago at an EUSWx conference when Paul Kocin used it in a slide show.  I was in the audience and not expect

Coming up on the 5th anniversary of one of the greatest snowstorms of all time.