MLK Storm - something for everyone

By ChescoWx,
January 12 in Philadelphia Region 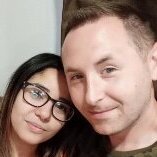 I despise these storms.  I'll probably be somewhere between Pitt and buffalo, could change of course, hoping it's more of a BGM chase

well if the NAM verfies, there are going to be a lot of snow weenie suicides that's for sure.  I can't even describe how awful the NAM is for snow lovers in PA. State College went from a foot to a few