By Rtd208,
September 1 in Philadelphia Region

Surprise surprise----. Clown maps indicate snow for us on 11/6. This would not be good if it came to fruition. Way too many green leaves on the trees. Most likely scenario - white rain for the LV 1-2 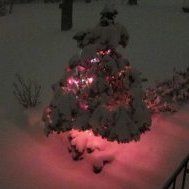