Going off of this topic, I have seen several instances of the public struggling with the tornado watch/warning system, at least in areas like NC and MI that aren't in tornado alley. In particular

SPC mentioned a potential risk category upgrade for Monday in AL/GA/TN. "Given the potential for significant severe storms, a categorical upgrade is possible in later outlooks once predictability i 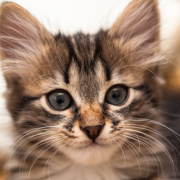