Thank you to you and everyone else. It was my Aunt, cancer, she had been fighting it for the last 17+ years, she first got diagnosed back in 2004, she finally lost her battle. At least she’s at peace

Wrote this elsewhere as well We need to stop focusing on the verbatim outcome at 7 days out.  1) GFS and EPS are East of the Euro Op 2) Pattern Recognition. Just like the writing was on 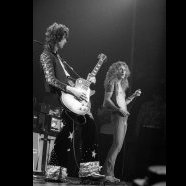 He is enjoying his foot but it's usually in his mouth after his weather forecasts.